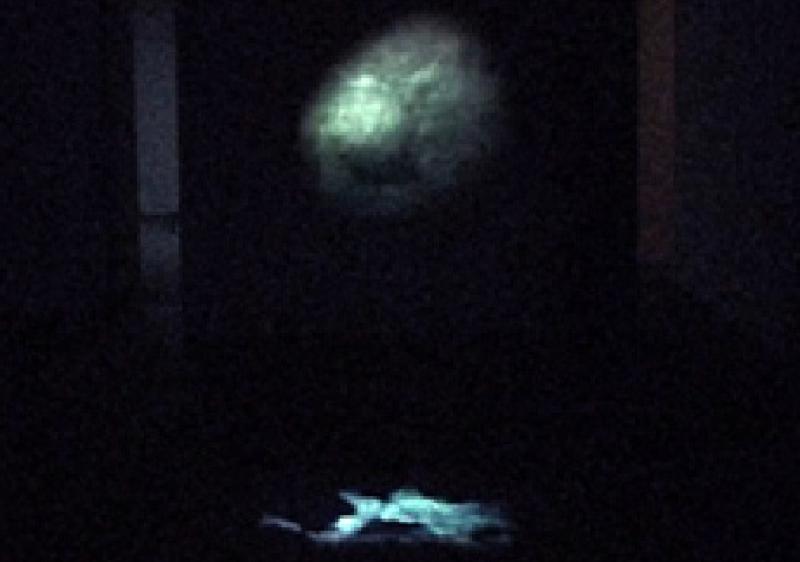 2002, Interactive Video Installation, Dimension Variable.
Wake seeks to evoke the sensations of water wrapping around the body that occur when entering the water from a beach and the relative calm once past the surf. Stopping and pausing in the surf causes swimmers to lose their balance with the environment. The force of the wave can push them under the water, or it can cause them to stumble. The surf swimmer needs to find balance with the energy of the waves breaking, to dive under the waves or swim against them. The sensation that Wake evokes is the opposite to surfing a wave and being in tune with the momentum of the sea.

In the gallery there is an image projected down onto a bed of sand and an image on the wall. When there is movement in the gallery the imagery on the floor projection is of waves rolling to the shore, with accompanying sounds. When the system senses that the movement has ceased, an image of a wave breaking appears on a wall of the gallery and the sound of a wave envelops and fills the space. If there is a continual lack of movement, the image on the floor becomes a quiet, soft blue blurred image and the wall image disappears.